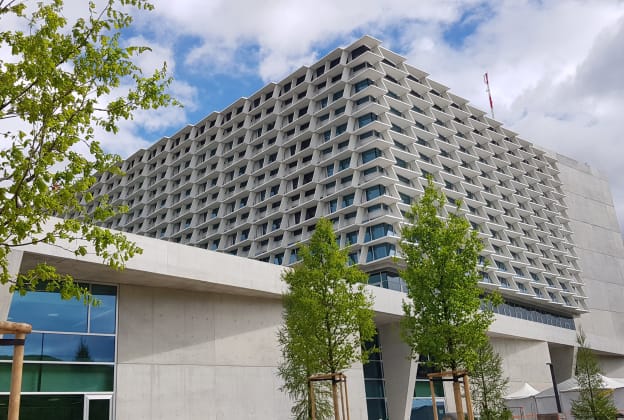 Anetic Aid Distributor OZG Healthcare was invited to work with planners of a new 240 bed public hospital in Solothurn in the North West of Switzerland. (Visit website here)

The hospital wanted to increase the number of procedures carried out as day cases, and was designing the theatre suite with this specifically in mind.

They decided on a total of eight operating theatres, two to be equipped exclusively with surgical trolleys.

They embarked on a rigorous series of trials to evaluate the capabilities of the available options of surgical trolley, one of which involved two months using the Anetic Aid QA4 Surgical Trolley System.

The QA4 was found to have, by far, the greatest functionality and versatility of the options tested.

• The variety of specialisms that could be carried out

The hospital opening was delayed because of the pandemic, but it is now fully operational and staff are using the QA4s for specialisms including gynae, ENT, arthroscopy and faciomaxillary as well as general surgery.

OZG’s Gregor Tiso has continued to keep in close contact with the hospital and reports that staff are finding the QA4 even more versatile than they first thought it would be. 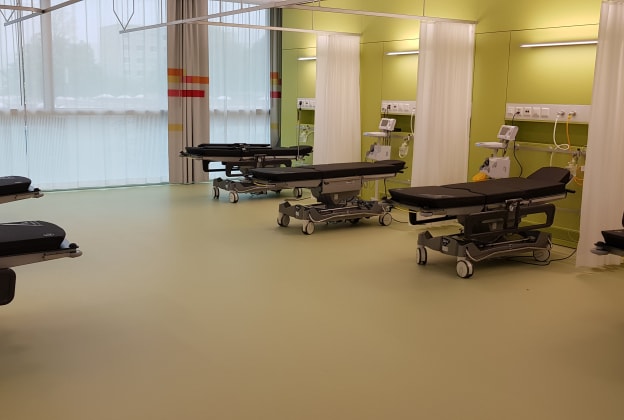